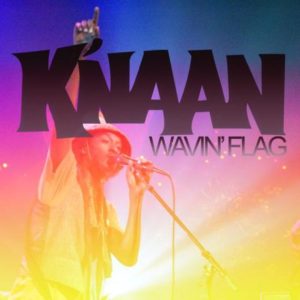 “Wavin’ Flag” is a song by Somali-Canadian artist K’naan from his album Troubadour. The song was originally written for Somalia and aspirations of its people for freedom.

The song became a truly global hit when it was chosen as Coca-Cola’s promotional anthem for the 2010 FIFA World Cup, hosted by South Africa.