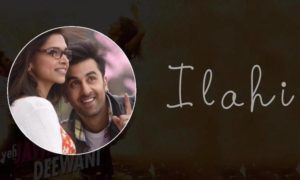 “Ilahi” is a Hindi song from the 2013 Bollywood film, Yeh Jawaani Hai Deewani. Composed by Pritam Chakraborty, the song is sung by Arijit Singh, with lyrics by Amitabh Bhattacharya. The music video of the track features actor Ranbir Kapoor. A reprise version of the same song was released as part of the film soundtrack, which was rendered by Mohit Chauhan.