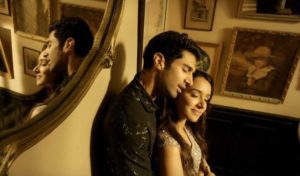 OK Jaanu is a 2017 Indian romantic drama film. The film stars Aditya Roy Kapur and Shraddha Kapoor in the lead roles, with Naseeruddin Shah and Leela Samson play supporting roles as an older couple in the film, portraying the younger couple’s landlords.